Why Money Laundering Is A Bad Idea 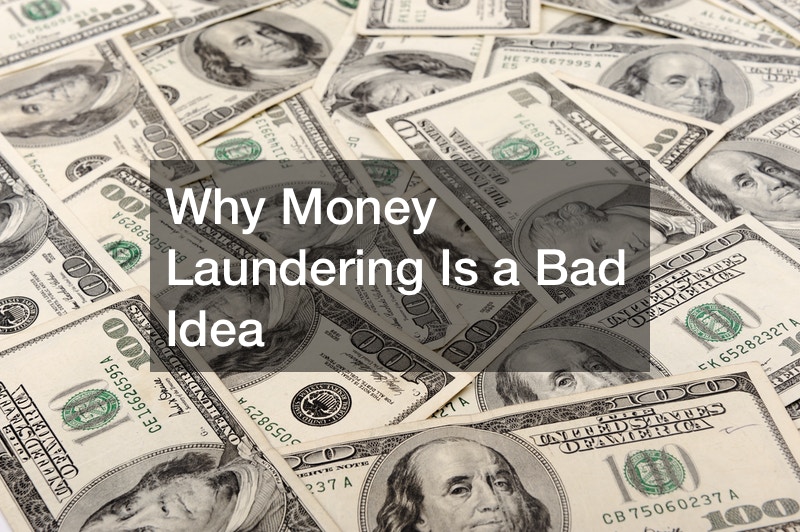 Why Money Laundering Is A Bad Idea

The world has transformed significantly, and crime has taken a different route from what was previously known. Gone are the days when robbery, murder, and rape were among the most common atrocities. With the advancements in technology, cyber crimes have also gained speed. Money laundering has become a life-threatening crime in the current generation, and it is taking place left, right, and center.

What is Money Laundering? 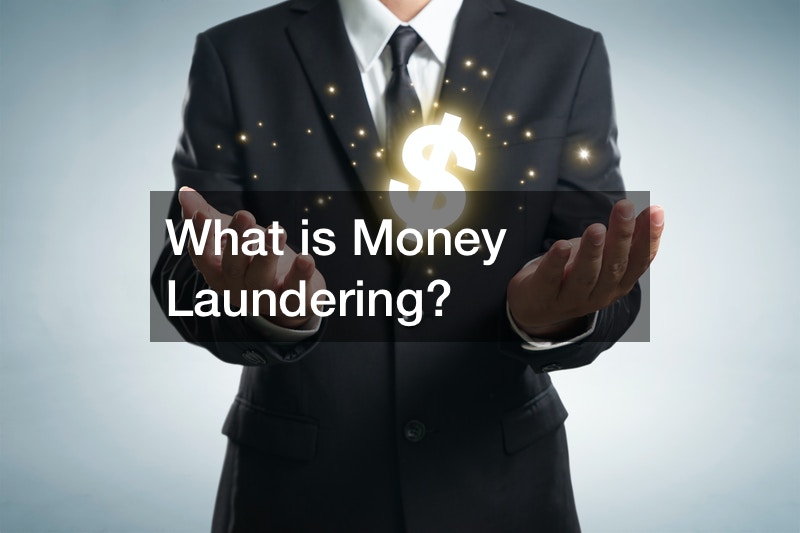 This is a question that has been disturbing so many people over the years because the act is not done in the open. Therefore, people do not have the relevant information to define this crime. The definition of money laundering is swapping cash or assets obtained illegally with cash or assets that are ‘clean.’ It can also be described as a certain type of fraud where illegal money is turned into a legal transaction. The definition is simple, but the atrocity itself is quite complicated.

The extent to which this crime has gone cannot be measured or even estimated. However, government agencies have come up with different methods to at least try and find out how much money is ‘cleaned’ every year. For instance, in the UK, it is estimated that about 100billion pounds are illegal money and assets that are laundered every year, according to the reports from the National Crime Agency.

The governments’ main concern over money ‘cleaning’ is the source of these funds and where they end up. In the recent past, money laundering has been linked with financing terrorism and other organized crimes. Every day, the money launderers develop more sophisticated methods and make financial transactions more complex. This is why the regulations directed towards this crime are updated regularly. Now that you understand its meaning, you must be asking yourself, what is the money laundering process? 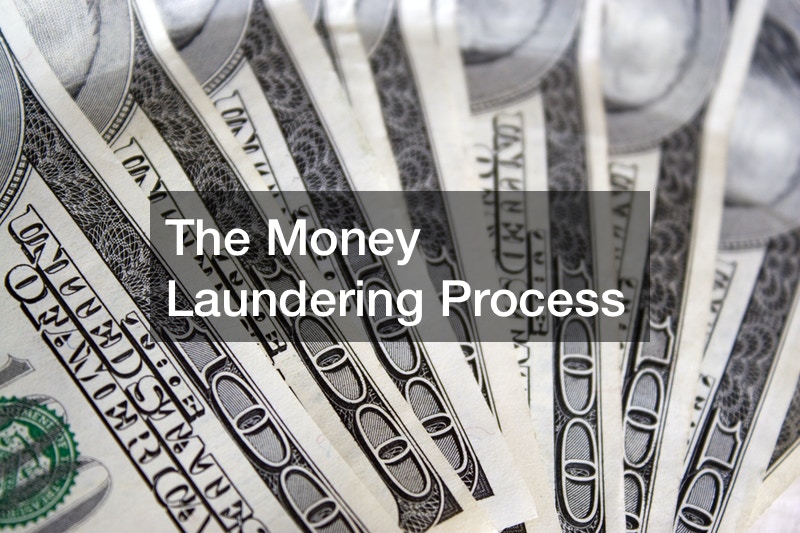 If you wonder what the money laundering process is, then read this detailed explanation to get all the necessary information. Money laundering is a sophisticated process that entails illegal transactions of ‘dirty money.’ Although money laundering is a single process, it can be broken down into three stages namely, Layering, Placement, and Integration. The complexity of the individual stages is determined by the criminal activity involved in that particular stage. The stages can be combined in one transaction, but they can be executed in distinct forms one by one, too. The following explanation of the three stages aims at answering the question ‘what is the money laundering process?’

This means taking money from a particular source and placing it in the legal, financial systems. Sometimes, the source of the funds may be concealed or misrepresented. After entering the legal, financial systems, the money is now circulated through casinos, bureau de change, financial institutions, shops, and other businesses locally and internationally. Criminals do not want to be in possession of physical money that can be directly linked to them. Therefore, the only option is to place the funds into a bank account so that they can safely proceed with the laundering activities.

There are many ways in which placement can be done, including;

After the money is placed and circulating in the legal, financial systems, the next thing is to make it even more complicated for these funds to be detected or tracked. Launderers achieve this through the layering process. Fraudulent bookkeeping and strategic layering techniques are used to obscure the audit trail so that the authorities cannot notice money laundering criminals and their activities. The main objective of the layering stage is to create several intricate financial transactions to conceal the ownership and source of the funds. Layering is done in different ways, but the most common are;

Buying Material Assets with cash and reselling them: Criminals use illicit funds to purchase different assets, which are then resold either locally or across borders. Some of these assets are quite expensive, for example, diamonds, because the cash that needs to be cleaned is a lump sum.

Electronic Funds Transfer: EFT makes it almost impossible to distinguish between clean and dirty money, considering that there are about half a million wire transfers done every day.

Investing: One of the industries that have been ranked as one of those used mainly by money cleaners is real estate. The property bought can then be developed, for instance, through landscaping and sold at a higher price. ‘Shell’ companies, too, have become common investments for these criminals. These are companies that are not operational or are kept for future use, and they act as propellers for financial maneuvers.

The key thing to remember is that the Layering stage is meant to transform dirty cash into clean and untraceable finances.

At this stage, the money from illicit dealings has been absorbed into the economic environment, for instance, through real estate investments. After layering the laundered money, it is then integrated into the legit financial systems. This is done with the help of legitimate sources, which create an outstanding explanation about the source of the funds.

This is the stage where it becomes official that the criminals have gotten away with money laundering. It becomes extremely hard for authorities to apprehend the launderers at this level, especially if there is no documentation evidence from the previous two stages. For instance, it can be hard for criminals to be incarcerated if they took their vehicles for auto detailing using the ‘dirty’ money, but there are no documents to prove it. The integration of laundered money can happen through:

False Invoices: These mainly happen with imports and exports companies, who use false information to help integrate funds from illegal proceeds back into the economy.

Front Companies and False Loans: Front Companies have gained popularity among money launderers as they offer an ideal platform to hide illicit financial transactions. Criminals use such companies to lend themselves the ‘dirty’ money so that the proceeds look legit. Such false loans cannot even lead to the chapter 11 bankruptcy declaration because neither the loans nor the businesses they fund are real.

With the above three stages well-explained, you can now see clearly the answer to the question ‘what is the money laundering process?’ 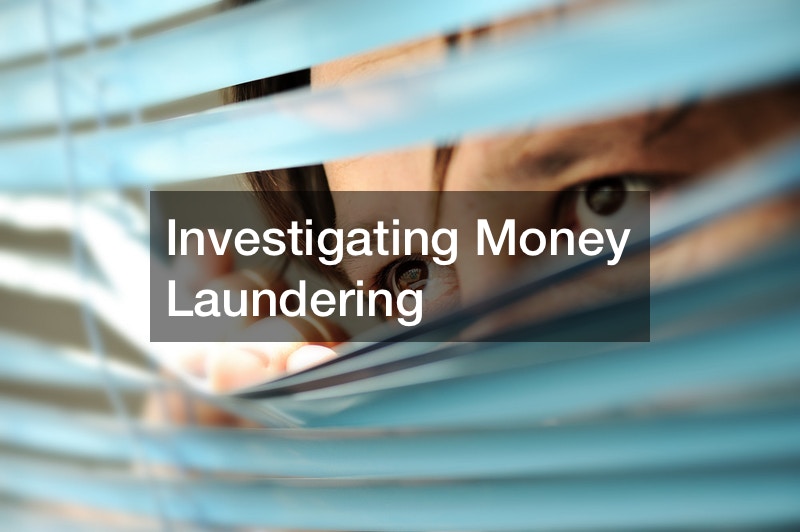 Authorities responsible for investigating money ‘cleaning’ are having a rough time because there are so many channels and platforms that make this criminal activity possible. However, despite that challenge, there are still very many bodies put in place to investigate and apprehend individuals who indulge in this atrocity. IRS and the FBI are the two most prominent agencies in the United States which are responsible for money laundering investigations.

In today’s world, money laundering has become a major threat, with international agencies being created to combat it. The International Money-Laundering Information Network (IMoLIN), for instance, is an established research center sponsored by the United Nations (UN) to help authorities all over the world track and stop any money laundering operations.

As mentioned earlier, money laundering has been closely associated with terrorism funding. For this reason, bodies, such as the Financial Action Task Force on Money Laundering (FATF), have been created to control cash flows to terrorist groups. 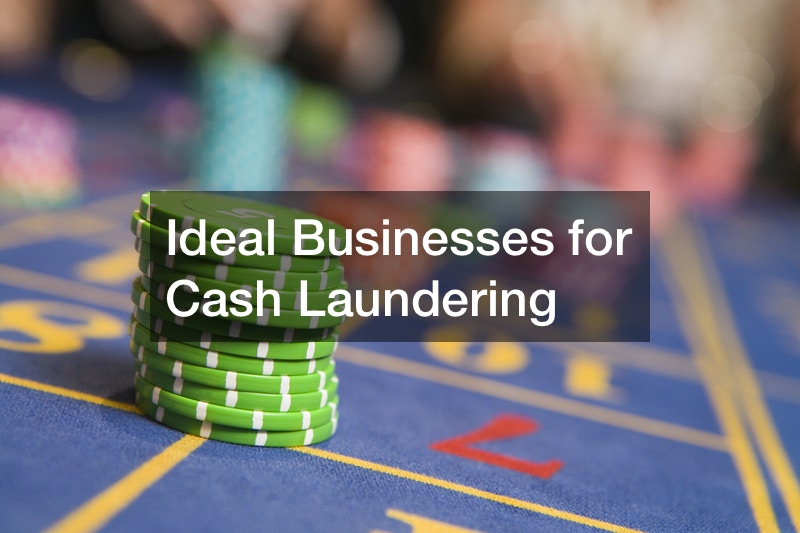 Money ‘cleaning’ has become a tough crime to fight, thanks to the many channels that promote its success. For authorities to effectively fight this demon, they must involve all financial system aspects. Launderers use different businesses to continue with this crime, especially those enterprises and businesses that deal with a lot of cash. Some of the most common businesses that offer an ideal platform for money laundering include:

What to Do When Brought in for Money Laundering

You can now define what money laundering is, what is the money laundering process, and the most common businesses that money launderers use. However, what if you are on the other side of the table? What if you have intentionally or accidentally been linked with a money laundering activity? Before getting to the point of being accused or suspected of indulging in this crime, you can be sure that you have been under intensive investigations from law enforcement bodies such as the FBI, Immigration and Customs Enforcement (ICM), and IRS.

Money laundering is always associated with more severe crimes, such as weapon dealings, drugs, and narcotics, counterfeiting, tax evasion, smuggling, among others. You could even have been sold out by something so small, such as false fire damage claims. If you have a feeling that you have been accused of, charged with, or under investigation for money laundering-related activities, it would be imperative for you too;

Many people did not have the answer to ‘what is the money laundering process?’ That is because the operations leading to this crime are conducted in a top-secret manner. Therefore, there is no so much information available about this phenomenon. However, with the use of the internet, people now can get the information they need about cash ‘cleaning.’ Basically, money laundering refers to the act of concealing the source of money by transferring it to overseas bank accounts or using it in legal businesses.

The process happens in three stages: Integration, Layering, and Placement. These stages can be conducted simultaneously within the same transaction or done separately depending on the transaction involved. How complex each of the stages will be is determined by the criminal activities undertaken. This article has delved into this issue. Besides answering ‘what is the money laundering process?’, the information given has also helped you understand the steps to take if you are charged with this crime.