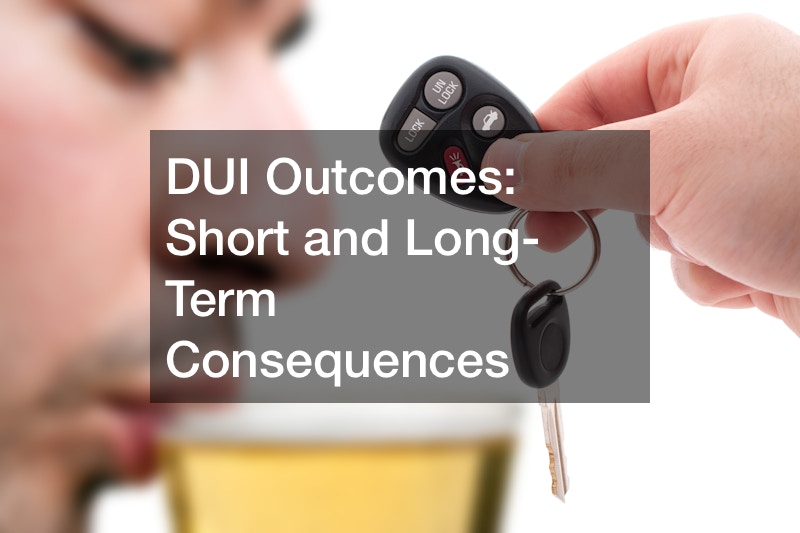 Driving under the influence, or DUI is the crime of driving a car, truck, or motorcycle while under the influence of alcohol or another psychologically altering substance. DUI is a serious offense – one that can change or end lives in the blink of an eye. And DUI outcomes have several consequences that can impact you and others long after the night ends in county lockup.

Alcohol impairs driving in several ways. Impaired judgment, concentration, and comprehension are three of the most important ones. The impaired driver might believe that they can drive home while unconscious, but even if you know the way and can remember every single stop and turn, the roads and traffic are dynamic situations. You can’t count on perfectly empty roads and predictable lights for the entire trip.

Driving Under the Influence is formerly, and still widely, known as Driving While Intoxicated. Many states changed their DWI statutes in the 1990s and renamed them DUI for several reasons. Some states maintain both as separate statutory offenses which a person could be accused of and face charges of in the same arrest. In these states, DUI is a broader charge that covers any instance of driving while influenced by intoxicating substances while DWI specifically addresses driving while over the legal limit of alcohol to constitute intoxication (0.05 to 0.08 blood alcohol count in most states).

In other states, DUI outcomes have wholly replaced DWI as the criminal charge of driving while under the influence of an intoxicating substance. Your local laws may vary. Don’t drive drunk.

Lasting Damage to Your Criminal Record 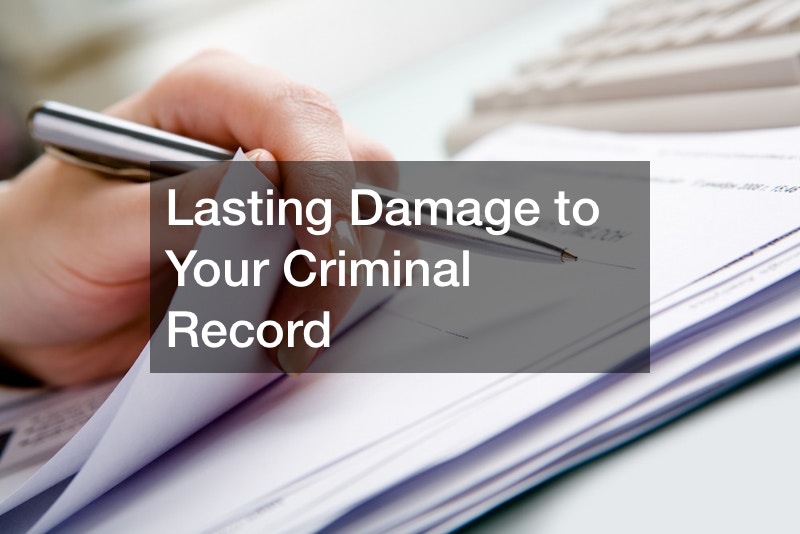 Once you have a DUI, your criminal and driving records will always have the DUI conviction on them. There are differences in how this is handled between the two. In general, for a single DUI conviction, the conviction can be expunged from your record after some time, usually between 4 to 10 years depending on the state. This is not the same thing as dropping off your record. The conviction will always be there. Driving record DUI outcomes cannot be expunged, but after a while, it will no longer affect your score.

The era of drivers being allowed to drive home with a warning after being pulled over for DUI is over. With modern dash cameras, body cameras, logging equipment, and networked testing systems, police no longer have that kind of leeway. If you are pulled over for DUI and you blow a positive test, you will be arraigned, and there’s no longer any way around it. This also means that your car will be towed to the impound lot.

Truck towing fees in most states run in the low hundreds of dollars, with some states now considerably more expensive. In addition to the substantial costs of fines and bail, tow trucks are an expense that will cost the DUI hundreds even if there is a successful legal defense.

After spending the night sobering up, you will usually be able to get out of jail. It will, however, cost you. Bail bonds for DUI outcomes typically run into thousands of dollars. In the state of Minnesota, the average cost for DUI bail is $8,000, with $12,000 for an unconditional release bail.

That represents a very expensive night on top of anything else that could go wrong. Fines and other fees are an additional concern for anyone who is involved. Economics is one of the most potent reasons to not drink and drive. Bail bonds for drunk driving are a high-priced item and for poorer drivers, the cost of securing a bail bond may itself be ruinously expensive.

You Will Need a Lawyer 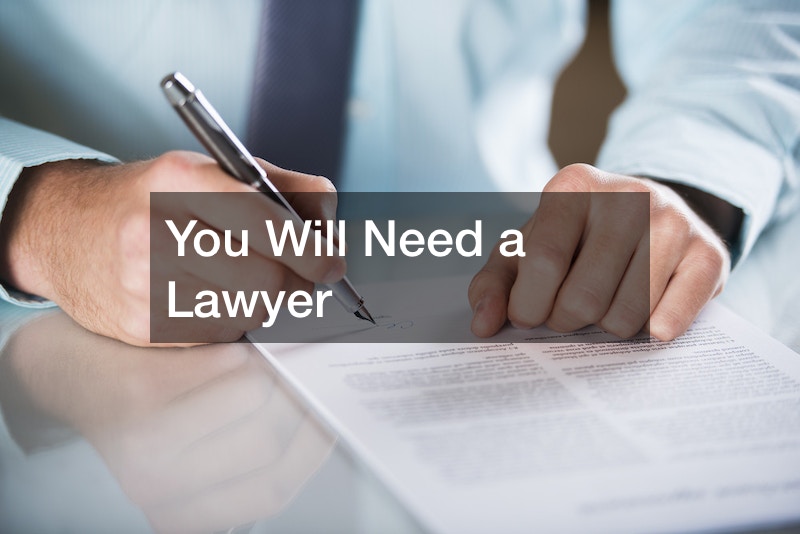 A good lawyer can get you off for almost anything. Good lawyers are also not cheap. The services of a DUI lawyer will need to be paid after winning your case. A public defender or other court-appointed attorney is less likely to offer you a good outcome: Their pay is based on caseload, and public defenders and court-appointed attorneys tend to be heavily overloaded with cases.

A DUI is often one of the only cases where it’s preferable to go to court to fight a criminal conviction than to take a plea deal. Unless your attorney is very good, your plea deal will likely still involve pleading to DUI, and the consequences of DUI can be, as outlined elsewhere in this blog, fairly intense and long-lasting.

In addition to the criminal prosecution itself, any injuries that resulted from DUI outcomes will be subject to litigation of themselves. Your automotive liability insurance may cover some injury or damage liabilities from a DUI, and most states legally prohibit insurers from canceling policies solely due to a DUI conviction. This is not a guarantee, however, and finding out after the fact is never pleasant. Insurance companies are highly risk-averse and a DUI conviction is a large risk. If you’re injured, always make sure to find injury attorneys who can help guide you through this situation. 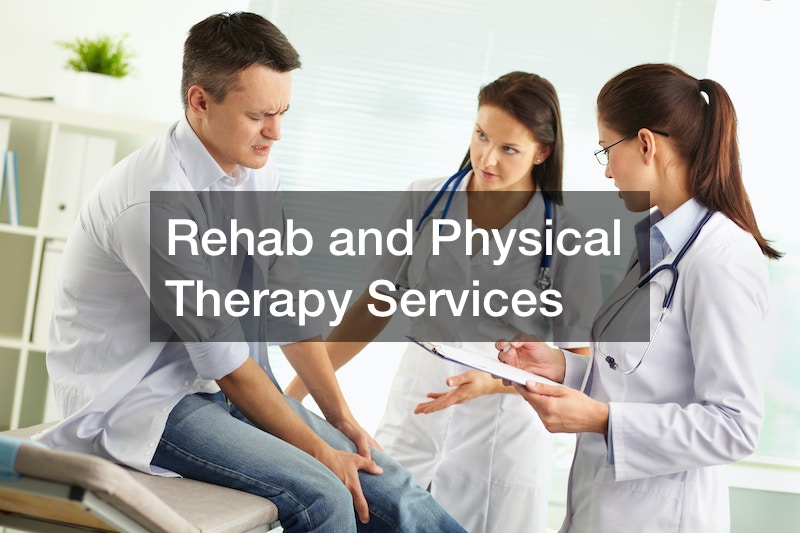 When convicted of a DUI, court-mandated rehab and physical therapy services may be offered as an optional alternative to incarceration. Court-mandated substance abuse treatment has many benefits compared to incarceration and many studies indicate they have a greater degree of success in terms of long-term rehabilitation. Court-ordered rehab substitutes for incarceration, but it does not in any way negate any of the other consequences of DUI outcomes.

Alcoholism suboxone treatment for alcoholism is one of the primary means by which rehab is completed. Suboxone works by blocking the receptors in the brain that crave the “high” of opiates or alcohol, mitigating withdrawal symptoms. This won’t help with a hangover, which is mostly caused by dehydration from drinking, but a hangover is a very short-term consequence of alcohol. The biggest cause of alcoholism is the chemical interaction of alcohol with brain receptors. 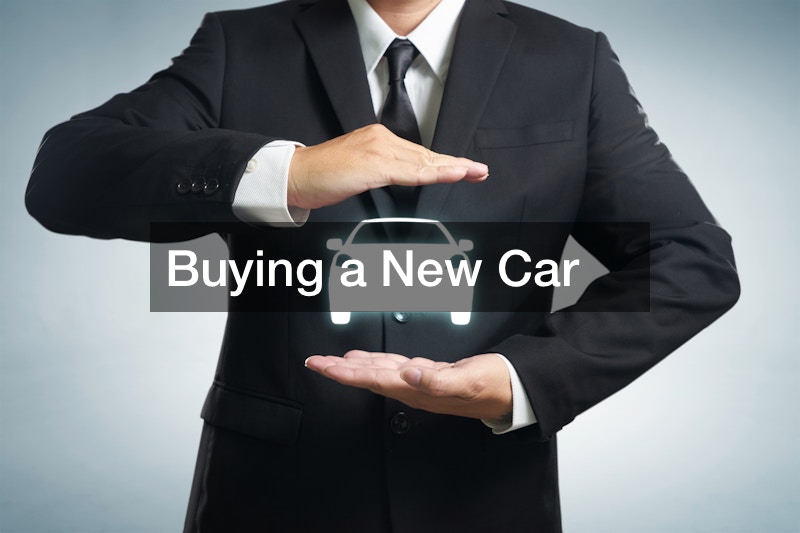 If you’ve been convicted of a DUI and subsequently begin looking for a new car, an auto dealer will be a new challenge for you. While car dealerships will certainly sell cars to anyone who can put together financing, it may be more challenging to get a car if you do not have a current license due to a DUI suspension, or if you need to have a court-ordered ignition interlock installed in the vehicle. If you choose to purchase a new car after a DUI, contact your auto dealer to see how they can help you in fulfilling all of the legal requirements of your court order. Your attorney can help you with this difficult conversation by removing the emotional context of admitting to a criminal act involving personal indiscretion.

Car repairs are going to be different after a DUI if an ignition interlock is installed as part of court-mandated rehab. A transmission shop will need your Intoxalock information, other app-based interlock software, or instruction manual to perform most car maintenance since your car’s interlock will make it impossible to start without a breathalyzer test, and the interlock can be affected by the presence of alcohol-based solvents that are common in the automotive maintenance process. If you are informed that your car repair shop has used alcohol solvents in fixing your car or in car part repair, you will need to let your vehicle air out for at least 15 minutes after the repair to avoid the alcohol falsely triggering the ignition interlock system.

Long after the short-term ramifications of fines, court appearances, public service, and rehab are completed, the effects of a DUI linger on for years. Your criminal record will be permanently marred with a DUI conviction that will come up any time your records are pulled for any reason, including job interviews and housing.

After your DUI, you may wish to look for a new job, either because of employment issues or through the normal changes in the world. If this happens, you may be wondering if an auto dealer is an option. Unfortunately, in many cases, the answer to that question is no. Many employers, especially employers in the automotive industry, have a hesitancy to hire people who have a DUI conviction.

In many cases, it may not be legal to discriminate against someone based on a DUI conviction. In employment law, because most states in the United States of America are now at-will states, an employer can and sometimes will fire someone with their DUI conviction being a reason for the firing, without ever communicating that fact. If you believe you have been fired illegally because of a DUI conviction, it is going to be your responsibility to gather information about the adverse employment action and bring the case to an employment attorney, who can help you with options.

Likewise, many landlords pull criminal records routinely. While a DUI by itself might not create a situation where a tenant could not find a place to live, it might signal to the landlord in addition to other problems such as possible credit issues that the tenant may not be a good risk. People with DUIs might find it harder to find a desirable place to live because of this.

Difficult to measure but incredibly important for most people is the social consequences of drinking and driving. In the mid-20th Century, driving intoxicated or under the influence was widely considered a minor moral failing and resulted in relatively little lasting social harm. As late as the early 1980s, TV shows like WKRP in Cincinnati continued to reiterate the fallacy that some people are better behind the wheel if they’ve had a drink or two. The consciousness of the 21st Century is highly affected by graphic imagery showing the DUI outcomes of accidents in which innocent drivers were killed. We now fully understand that there is no amount of alcohol, even a little, that makes people better or safer at driving.

For the most part, a will and end-of-life care are not affected by DUI convictions. Inherited wealth can be taxed and taken into account, however. The government has the right to recover fees and fines from an estate or from an heir that has unpaid DUI fines or fees, so estate planners do need to be warned regarding any legal violations, especially those that have yet to be settled.

Wills, trusts, and estates should be managed under the care of a person with a strong fiduciary responsibility toward the trust. That responsibility should also be taken by the person who is the subject of the will or trust. Make sure that your legacy is protected by avoiding driving drunk.

The legal issues from DUI outcomes last for a very long time and have many ramifications both short- and long-term. Getting a DUI is a serious problem that can have lasting impacts on every part of your life. If you are in danger of a DUI conviction, contact a legal professional for advice and help now. It may be possible to reduce or eliminate some of these impacts. Do not admit to anything, hire an attorney, and most importantly, eliminate the possibility of driving while under the influence of alcohol or other mind-altering substances.